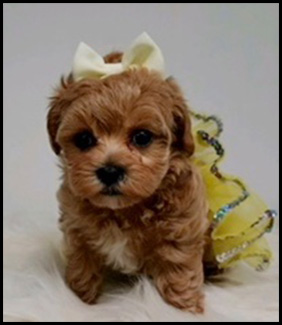 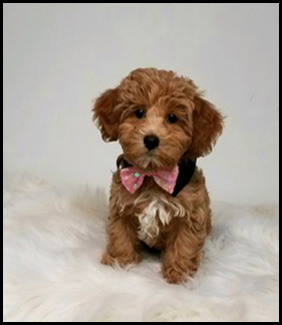 Choosing a Male or a Female Dog: What is the Difference?

You may have felt that choosing a breed was the biggest decision you had to make before getting a dog. But now that you have made that choice, you are now faced with a more basic decision: do you want a male dog, or a female?

There is an old saying that has circulated for a long time among dog aficionados:

One thing that must be taken into account when evaluating a saying like this or the differences that may or may not exist between male and female dogs, is the role played by cultural stereotypes. If men or women have certain concepts about each other, they may have a tendency to project them onto animals in a way that is not entirely appropriate. Of course, those stereotypes may not be appropriate when applied to the opposite sex in humans, either. But anyway, this tendency does have to be taken into account whenever you are evaluating statements that supposedly delineate the differences between male and female dogs.

One further caveat needs to be given, and that is that when we speak of the differences that may really exist between male and female dogs, it must be understood that these are generalities. While a male or female dog may be more likely to possess a certain characteristic or behavioral trait, this does not mean these generalities apply in every case. There is one thing that all dog breeders and trainers agree on, and that is that the personality differences between individual dogs are definitely greater than that which may exist between the sexes.

Male dogs tend to be more demanding of attention, affectionate, frisk, and focused on human beings than female dogs, who generally are more independent and inconsistent in their focus on their human companions. Females can be every bit as loving but after awhile they may prefer to go off on their own, whereas males are likely to accept as much pampering and attention as their human companions are willing to give them.

For people who like cats, female dogs might make the better choice, since their personality traits can almost be described as cat-like, especially in comparison to male dogs. One thing that most dog trainers and other experienced parties agree on is that if you already have one dog, your next one should ideally be of the opposite sex, since dogs of the same sex are more likely to fight. This is especially true of females, however, because of the strength of their territorial instincts, so while it may be possible to bring two male dogs together it is much more difficult to have two females sharing the same space. Even though this female-female hostility has its roots in the reproductive instincts, even if you choose to have your female dogs spayed it will still be difficult for more than one to co-exist in the same household.

It is widely believed that female dogs are easier to train because they are less easily distracted. Male dogs have a tendency to remain like goofy, playful kids their whole lives, and it can be hard to get them to focus on one thing for long.

It must be noted, however, that in the competitive world of dog shows and related events, when it comes time to hand out prizes and titles it is male dogs that have traditionally dominated. It is possible that male dogs may be more eager to please human beings and perhaps at the highest levels this helps them overcome the tendency to be more easily distracted. It is also possible that training female dogs for competition is too challenging for many because they are untrainable during the times when they are in heat. Also, male champions are more profitable for serious competitors because they can be bred out continuously, whereas female dogs can usually only have puppies once a year. Perhaps things would be quite different if spaying and neutering were the norm for competitive dogs, but of course this is not the case.

Almost any dog can be a loving companion for a child. Nevertheless, some believe female dogs make a better choice for children because they may be more naturally nurturing and protective of young ones, even if they are from another species. Male dogs, on the other hand, may see children only as playmates and they may tend to get a little bit too frisky at times as a result.

Here is one area where there is no generalization – it costs more to have a female spayed than it does to have a male neutered. If you are living on a budget, as most people are, this may not be an unimportant consideration.

However, where you have your dog spayed or neutered can make a difference in the cost. If you have it done at the local Humane Society, for example, in conjunction with an adoption, it could be possible to have a female spayed for less than it would cost to have a male neutered at a private clinic. Because spaying is a much more complicated procedure than neutering, there is more chance that something will go wrong, and even if it doesn’t the recovery time after the operation is longer.

Unless you really want puppies born in your own home, there really is not that much difference between a male and a female dog. If you want a championship caliber dog that you can take to shows, history suggests a male dog might be the better choice, while the female might be better if you don’t want a dog that is slobbering over you every single second. And of course, if you already have a dog you should probably look for a second dog of the opposite sex. But truthfully, the choice should be based on the sense of connection you feel with an individual dog more than anything else.